The new LG Colour Transparent LED Film turns any glass surface, from a commercial display window to the wall at corporate headquarters, into a display for video or images. The transparency of the film means that not only can goods be seen through the content, but also that designers won’t have to sacrifice ambient light. The colour, flexibility and user-friendliness of LG Colour Transparent LED Film will make both viewers and users feel like time-travellers to the future.


The film offers the perfect balance of vibrancy and transparency. Content appears in a range of 1.7million colours, with approximately 120 levels of grayscale. The brightness is honed for indoor and nighttime use, so content will dazzle in most commercial settings. 73% transparency ensures that ambient or directed light passes through unimpeded and the opposite side of the window is easily visible. When the display is off, its presence on glass is unnoticeable.


LG LED Film is designed for flexibility, so it can enhance many settings. It can be deployed along a curve up to 1,100R in a convex installation. Sizing is flexible, as panels can be added vertically or horizontally, and the film can be cut parallel to the bezel. The screens have UV protection to ensure they maintain vibrancy even when installed in outward facing windows. The 24mm pitch is perfect for large displays meant to flaunt logos or animations for a crowd.


Perhaps the most futuristic quality of the LED Film, though, is its ease of use. There is no complicated construction needed. The film’s adhesion makes installation low impact. Content can be played through the on-board media player or through an integrated digital signage platform. 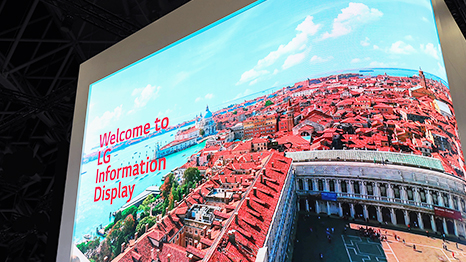 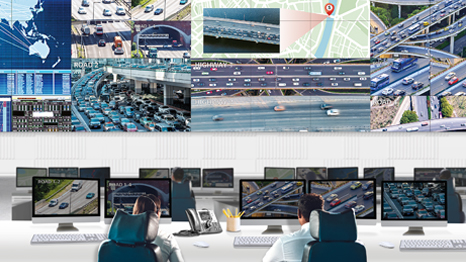